PUBG Mobile is a battle-royale and action-adventure game, initially released in December 20, 2017. In this article, we will be discussing the maps present in the game thus far: Erangel, Karakin,Livik, Miramar, and Sanhok. We will be discussing the different playstyles, and going over the most popular hot-drop zones for each map. A hot-drop zone is an area or city in which the majority of players land in and where most of the fighting takes place.

Erangel is known as the game's initial and original map. With a size of 8KM x 8KM, it is one of the largest maps in the game, equal to Miramar in size.
Hot-drop locations: The average time taken to win in this map is close to 25 minutes. The map is good for medium and long range combat as the majority of zones are in cities with buildings and adequate cover. 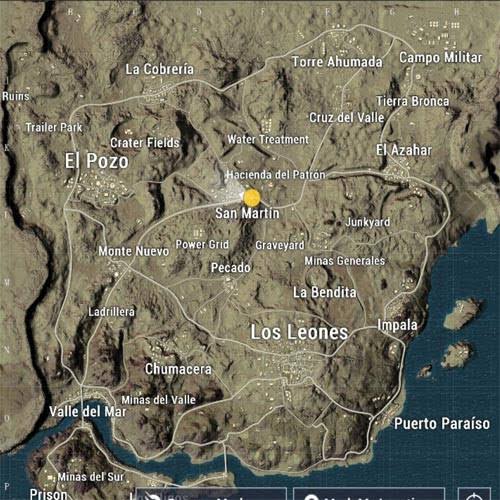 Miramar is the game's first desert map. With a size of 8KM x 8KM like Erangel, it is a very large map.
Hot-drop locations: The avarage time it takes to win in this map is around 25-30 minutes. The map is good for medium and long ranged combat as the end-zones are usually near cliffs and buildings. Sniper combat is extremely common in this map due to presence of the Win94 weapon. 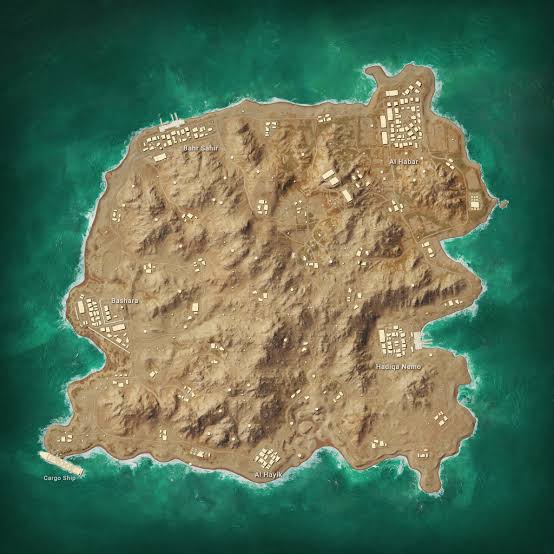 Karakin is the game's second desert map. With a size of 2KM x 2KM, it is one of the smallest maps of the game, and equal to Livik in size. This map substituted the vaulted map Vikendi, which many players disliked. The map is a dream for close-combat lovers. Since the map has only four main cities, almost every inch of it is a hot-drop location. It contains underground tunnels and is suitable for medium and short range combat as the highest available scope to loot is only the 3x Scope. Higher zoom scopes may only spawn in airdrop supplies.
Hot-drop locations:

Livik is PUBG Mobile's first dedicated map. It is the very first map developed and available for PUBG Mobile only, unlike the other maps which are also available on the PC version of PUBG. With a size of 2KM x 2KM, it is equal to Karakin and is one of the smallest maps in the game. It is as if Erangel, Miramar, and Vikendi were combined into a single map as it contains four discrete terrains from the aforementioned maps.
Hot-drop locations: This map is suitable for short and medium range combat and is an ideal option for those looking for quick games. The maximum surviving duration is only 15 minutes and there are only a maximum number of 52 players allowed. 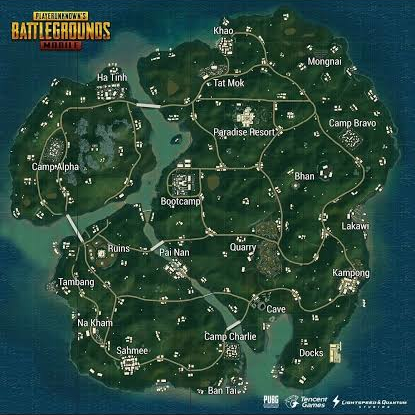 Sanhok spans 4KM x 4KM, making it a medium sized map. The map is densely covered with foilage so you should beware of bush campers and those prone in the grass. The map is suitable for all-ranged combat. The average match duration is around 20-25 minutes.
Hot-drop locations: